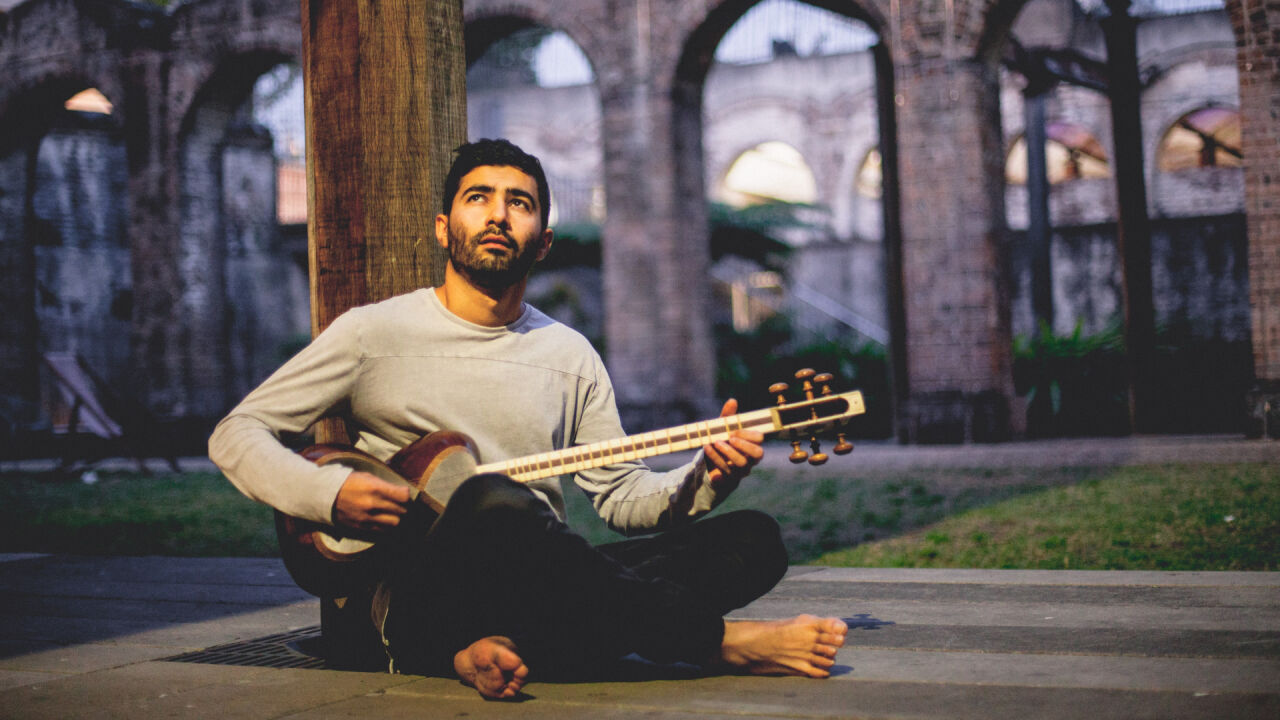 Eishan’s repertoire consists predominantly of Sadeghi’s original compositions with diverse improvisatory idioms featured powerfully. Variously described as “Persian chamber jazz” and “Middle-Eastern jazz fusion”, Eishan defies neat labels. Sadeghi’s psychedelic virtuosity is joined by the individual talents of Michael Avgenicos on saxophone, Adem Yilmaz on percussions, Pedram Layegh on guitar and Maximillian Alduca on double bass to create the layered and sophisticated soundscapes of Eishan. Formed in 2016 and currently based in Sydney - Australia, Eishan has toured internationally and nationally for numerous times and performed at the most well-known festivals and concert halls. They have been a nominated for ARIA Awards and APRA Art Music Awards 2021.

“Eishan Ensemble is a rare attempt in fusing contemporary Persian classical music with modern jazz. While being seemingly disparate traditions, the modal systems of both allows for a flawless combination, as evidenced by the fine compositions on this debut recording.” Songlines” UK ★★★★

“casts a spell all its own… astonishing power and convulsive impact…” recording.” John Shand, SMH ★★★★½

Presented by HOTA, Home of the Arts

To keep everyone safe while at HOTA we have a COVID Safe plan. Please make sure you keep up to date with Queensland Government guidelines at health.qld.gov.au.

Become a member for $38/year

The Sound of Madness

Fridays on the Lawn

HOTA proudly acknowledges the Traditional Custodians of the land on which we are situated, the Kombumerri families of the Yugambeh Language Region. We pay our respects to their Elders past, present and emerging, and recognise their continuing connections to the lands, waters and their extended communities throughout South East Queensland.